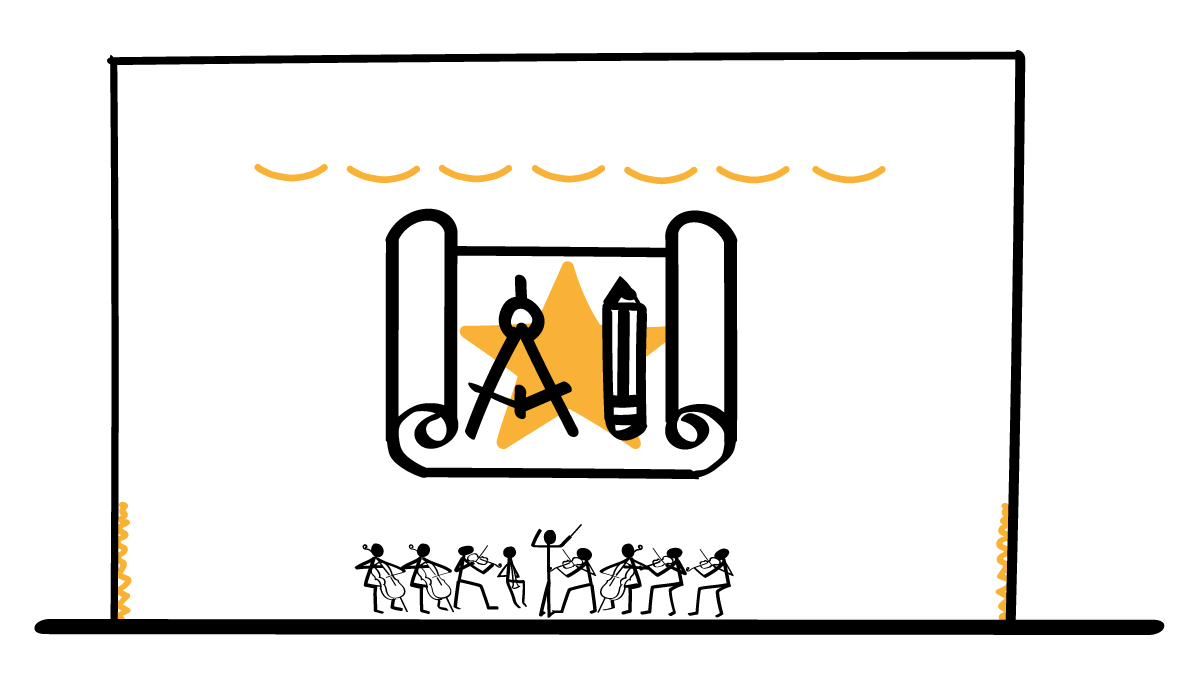 Design of music rehearsal rooms – Part 1: The goals for a successful acoustic design

When Atelier Crescendo asked Sir James MacMillan about how the quality of the music spaces can contribute to the musical creativity, the music education and the music performance during his interview, he replied:

“It is very important for young musicians to sound good in the early stages of their musical development. If they sound good on their instrument, in their voice, in their choir, in their ensemble, to their peers, to their parents and to the local audience that comes to listen, then the delight of music-making is enhanced. And that delight is part of what motivates a young musician to continue.

So, it is vitally important to get the acoustical design right in an educational setting.”

Following this comment, it was hard to not write anything about the acoustic design of music rehearsal rooms.

But the design of such spaces goes beyond the acoustic aspect. So, based on their experience and knowledge, Atelier Crescendo and Ducks Sceno have collaborated on writing a series articles to raise insight on what the design of rehearsal rooms should consider.

The topic is pretty large for acoustics as there are different types of rehearsal/practice rooms to cover.

Therefore, this series of articles only consider rehearsal spaces for orchestras or ensembles of a ‘standard’ size.

what is considered an orchestra/ensemble of a ‘standard’ size? this is a group of musicians that includes:

Also, some acoustic aspects have not been treated in this series. They are external noise intrusion, the internal sound insulation, noise and vibration from the building services. If you need some insights about these topics, you can read the following posts:

The first article of the series answers the question What are the goals for a successful acoustic design?

Part 2 provides some acoustic design tips when planning the design of rehearsal spaces.

Part 3,  written by Ducks Sceno (Theatre Consultants) with contributions from Atelier Crescendo, highlights other general design considerations you should think about for rehearsal rooms

What is a successful acoustic design for a music rehearsal room? 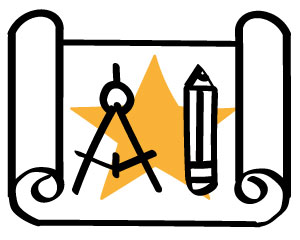 You can consider successful the acoustic design of a rehearsal room when you have created a space:

These three aspects are discussed below in more detail.

A space where musicians can hear themselves and each other

Obviously, to hear your own instrument and other instruments, there needs to be a balance between the volume of every instrument.

To hear your own instrument, its volume needs to be higher (to your ears!) than the volume of the music around you. But not too high either, because you still want to hear the other instruments to play in sync with them.

Also, a good balance would make the quieter or more remote instruments still audible. Whilst the louder and close instruments are attenuated enough, so that their sound doesn’t mask the others.

Note: We are talking about instruments here, but the same applies to voices.

But, in an environment with reflective surfaces surrounding you, it’s not just about volume. It is also about the timing!

More exactly, when the sound of your and other instruments, reflected on the surrounding surfaces,  reaches you.

This is when you get into the science of sound reverberation.

Note: if you need a refresher about the basics of sound reverberation, you can read these two posts:

When designing an environment for orchestras and ensembles, you need to balance the following:

Generally, the reflected sound energy arriving within the first 100 ms is quite beneficial for the intelligibility and clarity of the musical messages.

Finally, it is particularly important for the musicians to hear musical details such as attack transients. They allow to communicate the rhythm or the musical expressions and are generally emitted at mid and high frequencies.

So it is crucial to keep the direct and reflected sounds at these frequencies as much as possible and absorb some amount of low frequencies.

A space that contains music energy to the right level 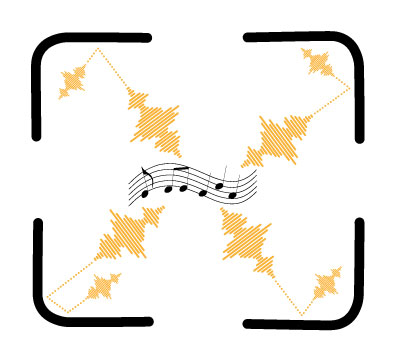 Obviously, playing within an orchestra that sounds loud is not comfortable. But the main problem is that it causes hearing loss if it happens regularly.

Most of the time, musicians can’t wear ear defenders or ear plugs because they need to be able to hear themselves as well as their fellow musicians.

An orchestra can sound loud for several reasons:

All or some of the above can lead to a form of Lombart effect (also called cocktail effect). The orchestra is too loud for the musicians to hear themselves. So they play louder. But their neighbours also play louder. And that snowballs throughout the orchestra making it very loud. 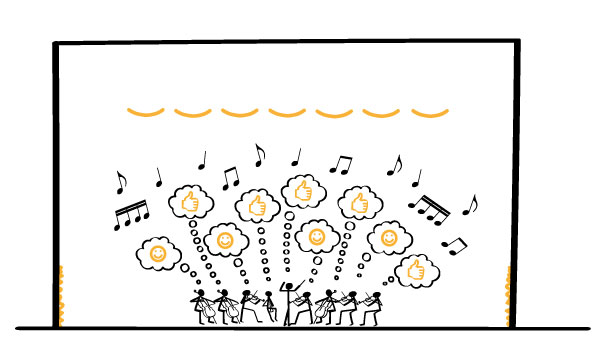 Sometimes the rehearsal space is part of a large performing arts facility. It can then be used by either the local orchestra or touring orchestras who need to do their final adjustments before the ‘big concert’.

Because every performance venue is acoustically different (this is what makes them unique!), musicians always have to adapt the way they play for the space. Whilst the main performance space might not always be available, the rehearsal should offer an opportunity to know what it is like to play on stage.

Obviously, this is to a certain degree, because you can’t replicate the exact same acoustic conditions of the stage. At least, musicians should be given a taste.

On a more general point of view, rehearsal spaces should make the musicians ‘feel at home’ as much as possible, whether they are from the local orchestra or a touring orchestra.

It should be a comfortable place (acoustically, visually and physically) where musicians enjoy playing and practicing. So that they are in the best conditions to communicate the emotions of their music.

So the architectural design should be carefully thought out including:

The documents and materials reviewed to write this article are presented at the end of Part 2.